From: A V Hancock Sent: Monday, August 23, 2010 4:37 PM
To: Section C
Subject: sentiment after corp fin exam
Mail to be sent to corp. Fin. Prof.
Dear Prof.,
Which of the following is most correct?
a) Everybody got screwed.
b) You derive sadistic pleasure out of it.
c) Due to oversubscription of finance courses it is one of the measures adopted by the school to dissuade people from taking up finance.
d) Cheat sheet could have been substituted with the front cover of playboy which would have provided higher utility value.
e) All of the above
Regards,
One of the silent sufferers of ‘financial distress’
From: Duvet Tintin
Sent: Monday, August 23, 2010 4:41 PM
To:Section C
Subject: RE: sentiment after corp fin exam
Now I wonder why he kept telling the indifference between fornication and adultery.
What a way to practice what you preach!

This image pretty much described what I went through… 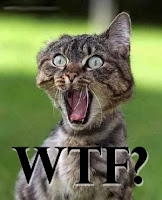 
Read few questions, and I just went back to check on the front page, if the exam was CorpFin. I thought they must have given us the Adv Copr Fin by mistake, but… and rest is history… 

I am sure prof himself wrote this…. He knew he was going to F@#& us….
A man Mysteria

Its like :
“ When you take Investment Analysis Course pack for Term 4 and find that the Prof. is Durga Madhab........Stunned??
I will turn up at class, take 20 min to scold late comers, give all sort of nice articulated gyaan, people don’t know whether I am talking abt Pluto or Preity Zinta, ........ and when it comes to setting paper, I take out toughest books, research journals and what not and set a mind-ripping paper....
This way even I can teach Finance from now on...and even Strategy, Marketing or for that matter nething.....

In my humble opinion, Only GOD’S Grace can save us know………
He took it seriously…
Regards
S S
Student, Class of 2011

G Shakira
Friends
Watch the video above and just relax. they cannot take OUR life in THEIR hands. Exams will come and go, sadist professors will became faded memory, badly worded questions won't matter - what will matter is how we stood our ground.
Vikram - I should have taken your clue and gulped several litres of Maaza to reduce the impact of this catastrophe ;-)
Finally - good luck with OPM; expect nothing better than the 2 bolts that have already hit us today! I can see clearly why they keeps their end-term exams on Mondays.... :-)
Posted by Manjot at 8/23/2010 07:34:00 PM